As mentioned in my other blog post this week, I just chewed through a lifetime of old storage boxes in one evening. I didn’t really have a choice; Goodwill was coming in the morning, and lord knows I didn’t want the donatables sitting around for another 2 weeks before the next time they’d swing by.

But I’m honestly glad they spurred my hand and made me sift through it all, because I found a bunch of diamonds in the rough. Old things I’d long lost and never thought I’d see again. The biggest and best white whale was Oxford: Portal to Fantasy, but there were also several old videos from long before I’d even created a YouTube account. These days they’re useful only to remind myself that I’m actually improving at my craft. Without further ado, in order of age:

The first videos I ever edited were a loose tetralogy of vignettes starring my brother, with a different neighborhood friend as the villain in each short (I’m the evil wizard in ‘Return of the Kingdom’). I did all the work in iMovie, and honestly these turned out pretty entertaining even all these years later. It helps they don’t overstay their welcome, clocking out at 1:24 minutes each.

At some point in high school, I attended a UCLA film camp and this short flick was the resulting abomination my group produced. Once again I played the villain and handled all the editing, though it’s clear I was still getting the hang of cutting different takes together. I also composed that godawful song at 2:36 using GarageBand.

3. Interrobang: The Art of War

In college I first started getting the idea of creating my own YouTube channel, and recorded the pilot for a planned series of videos where I talk about classic works of literature. This series was going to be called “Interrobang” and star myself playing a character named Mark, but it never progressed beyond this single episode. The editing is still choppy, and it’s painfully audible whenever I switch between sound files.

4. What was that, Sandvich?

This was the first thing I ever uploaded to YouTube (which almost immediately earned my first dislike!) It was a really obvious joke any TF2 fan would have thought of after this MLP scene aired 3 days prior. I was hired by Legend of Equestria shortly after this, and put my videography dreams on hold to develop games, which would remain my primary passion even after starting The SPUF of Legend in February 2016.

While the first public upload to the SPUF of Legend was our guide to TF2 weapon pickups, this unlisted test video is actually a few hours older. I’m clearly heavily influenced by STAR_‘s style and have transferred into gaming commentary away from appearing on camera in person.

6. The Only 5 Melee Weapons Worth Using in Payday 2

I know we’ve progressed beyond the purview of “Nick’s early videos” but this Payday vid was probably the most important one I ever uploaded to the channel. I’d been releasing game commentaries for years by this point, and had developed a bit of a following. But I was getting tired of the 5-10 minute format and designed this video to cover its topic and wrap itself up as fast as conceivably possible. I didn’t anticipate how popular the “lightning list” format would be, and all my future videos heavily modeled themselves after this one. It’s also where I started regularly adding subtitles after non-native English speakers complained they had trouble parsing my rapidfire format.

I didn’t return to the on-camera format until VGFAQ started paying me money to create videos for their channel. For the first time, I had to handle lighting and making my face look decent while reciting my lines (you can tell I sneak a ton of cuts in there, usually during card transitions so the viewer’s hopefully not looking at me). The convention videos didn’t get enough views to justify the time, money and work we put into making them, but I’m glad I got to stretch my legs as a roving videographer for GDC and E3.

And that’s pretty much it for big milestones! I’ll be going through some sort of transition soon, since I’ll be stuck up in Portland without my tank of a desktop and will have to make videos without relying on 1080p AAA game footage to distract the viewer from the simplistic editing. Honestly, I’m kinda looking forward to the challenge; as my early vids show, I never got into videography for the journalism. I’ve always wanted to tell stories using a visual medium, so we’ll just have to see if I can weather yet another paradigm shift.

Hi all! Been a while since I wrote on this blog, and lots of things have happened!

Other exciting news, MasterClass has hired me back onto another upcoming class! I haven’t signed any NDAs, but I’m positive they don’t want me talking about the content so I’m keeping my trap shut. I’m just excited to work for them again, the Will Wright class was a great experience and I’ll be putting a lot of time into them the next few days. So don’t expect this blog to start being updated any faster than it currently is.

VGFAQ is going good, releasing videos at a steady rate. E3 is in a few days, that’s when I’m gonna kick things into high gear on that front. I’ve started publishing articles for the VGFAQ blog, which forced me to learn block-form WordPress, which was weird at first but it grew on me after a while. It gives you a lot less flexibility for your formatting, but it simplifies cookie-cutter article creation quite well, which is pretty much all I make for them anyway. 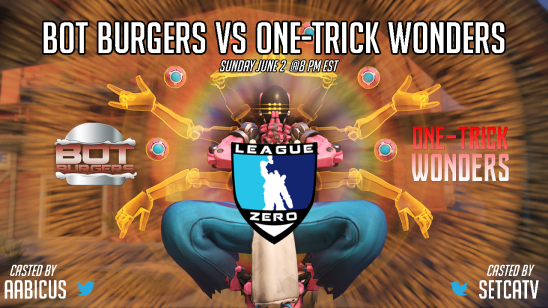 Lookit my sexy Twitch channel wallpaper! I update the words/icons after every stream so my viewers know what/when the one will be.

I have two subscribers on Twitch!!! This means I’ve made 5 whopping dollars as a streamer, which is actually really exciting because I’ve wanted to commit to streaming for years and am only now finally doing it. It’s really fulfilling to know that people enjoy my shoutcasts enough to throw Twitch Prime subs my way, and I’ve been streaming ARK and Overwatch on a semi-regular basis to try and keep my numbers up. (By all metrics I shouldn’t be streaming ARK, the Overwatch streams are the only ones that get any traction, but I enjoy ARK and it feels like a natural continuation of the YouTube series of mine and Asmund’s adventures. Plus it’s not like I’m anywhere close to the 75 viewers average needed to qualify for partnership. I haven’t even broken 30 viewers at any given second, much less for a 30-day average.) When life settles down somewhat, I fully plan to reapply for a job at Twitch. Previously they said no because I had no streaming experience, but next time around it’ll be another story!

As you may have noticed, I’m putting the finishing touches on that Esports course! I learned some great things and turned a lot of the content into articles for DailyEsports.gg. I also qualified for E3 and will be attending to make videos for VGFAQ, not to mention I’ve resumed shoutcasting (after a 3 year absense) and now have a number of casts to showcase on this YouTube playlist. I’m hosting the VODs on VGFAQ so I can get some pennies for them! 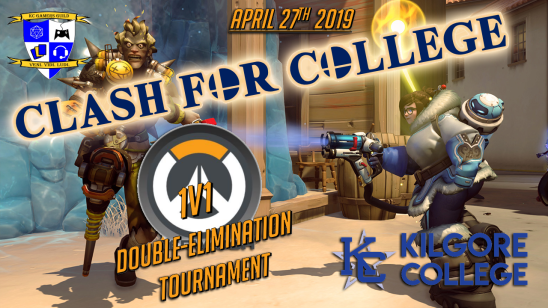 The longest was the Kilgore College cast, which was 6.5 hours long and consisted entirely of me covering 1v1s on Xbox! I was downright babbling by the 4th hour of it, but the audience and tournament organizers say they loved it so I can’t complain. Would do again!

Storywise, the Emilena story I mentioned in an earlier post is finally finished and readable here, I incorporated it into the old cycle because it doesn’t break anything, and even covers some ground the other stories didn’t. (This is the first story we see where she lives outside of work). I’m not sure what I’ll write next, might not write anything an instead spend my creative time learning how to animate or make 3D games in Firefly.

Happy Valentine’s Day. It’s been so long and they were a real handful, but I do frequently miss my polyamorous roommates from my Texas days.

I guess there are a few things that have changed since I last gave something of a progress update on various goals, so I’ll just list them all here for completionist’s sake.

Usually people are speaking in synecdoche when they write that, jokingly referring to some expensive luxury item or Steam Summer sale they can’t resist, but in this case, my literal wallet has finally died. 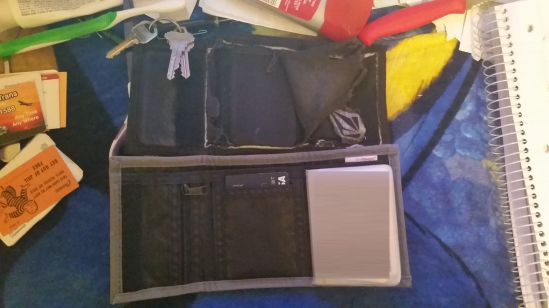 Above: my old weatherbeaten wallet. Below: the until-now unused wallet my brother got me last Christmas, with my ID lazily photoshopped over

My wallet is the oldest item I possess by far, even factoring in that I’ve used it every single day of its life. I picked it out after graduating fifth grade, since I was getting library cards and credit cards and other things that required too many slots to fit into my plastic kid’s wallet. It followed me through high school, college, Ohio, Texas, back to California, and now it’s retiring at the very end of my Master’s program. It visited England, Scotland, Norway, Germany, France, Spain, Canada, Mexico, and countless US states. God only knows how many dollars, notes, cards, keys, and coins that have passed through it.

It’s weird to think I’m moving onto the next phase of my life without it. I’ve got a replacement all ready to go courtesy of Jake, but part of me wants to shell out for a wallet restoration place and keep the legend going (especially since the Velcro works perfectly, it’s just the worn-through fabric back that needs replacing). Something I can think about in September, once I’ve graduated and some of these distractions are resolved. Either way I think it’ll appreciate a short break.

If you want to know about some of these other things, I made an apology video for the YouTube channel since I’ve been letting it stagnate as my graduation looms:

And finally, its a bust at Pixelberry, but I can’t say I didn’t give it my all. I finished and returned the writing sample, and they sent me a form rejection. So I wrote back asking if I could downgrade to their Junior Writing position. Not content to leave my chances up to one email, I took a day off school and Ubered down there with a hard copy of my application.

Pixelberry was in a large multicorporate building, I had to sneak in at the same time someone exited the front entrance. Pixelberry’s office was locked with a fob, and I think everyone was at lunch so I loitered in the courtyard till 12:45. Then I flagged someone down at the front desk and asked to deliver my application to HR. They let me go in where I gave my printed application directly to the guy in HR. Explained I’d been in the running for Senior Writer and didn’t get it, so now I’m applying for junior and wanted to make sure they had a paper copy. He seemed nice, I think I made a good impression on him. either way, my efforts earned me a personalized rejection, which I genuinely consider a win. They ‘appreciated my persistence’ but they didn’t think my assessment ‘demonstrates the qualities they look for in our writers.’ Which is probably true; in all honesty I had a hell of a time writing it since teen romance is somewhat out of my comfortable writing purview.

So that’s the end of that story just kidding they recently opened up for a QA Story Tester position and I’m already printing out my application for another trip down there. I’m sure they can’t wait to hear from me again.