Update: rofl guess I’m not doing any of that. Pretty relieved, ngl

I’m having more and more doubts regarding the CS:GO Charity tournament I agreed to cast for one of my fellow students from the Business in Esports course I finished last month. It’s not that I don’t want to cast it, I just don’t know anything about casting Counter-Strike because I’m hot garbage at the game. I’ve just never really been into twitch shooters, I prefer arena shooters with their crazy mobility and healing classes. But I’ve been watching CS:GO casters on Twitch for years and years, before Overwatch or my own shoutcasting career was even a thing, so I’m likely more qualified than I’m telling myself. I’ve got a short list of things I want to do before the tournament before I’ll consider myself ready to cast:

I wish this was the main thing on my plate coming up, but I’ve got another League Zero cast this Sunday, and on Saturday my parents are celebrating their 40th Anniversary with a 60s-themed party and I agreed to help them prepare/clean up afterward. Everyone needs to dress up as something from the era, personally I’m going as a redshirt from Star Trek.

In other news, two new Emilena stories! The first, Hapsburg Manor, was a writing experiment to practice heavily using flashbacks. It chronicles Emilena solving a case as a child and then having to reopen it as an adult when new complications arise. (Flora also cameos; Eric Hapsburg was her name before she transitioned to female in college). The second story, Rust in Peace, involves her investigating an eco-terrorist gang disrupting a housing development project in the shrublands. The gang’s leader, Hania, briefly appeared in the canon as an anti-humanist nutjob who rubbed Serris the wrong way, and he was certainly fun to bring back in a prequel adventure. 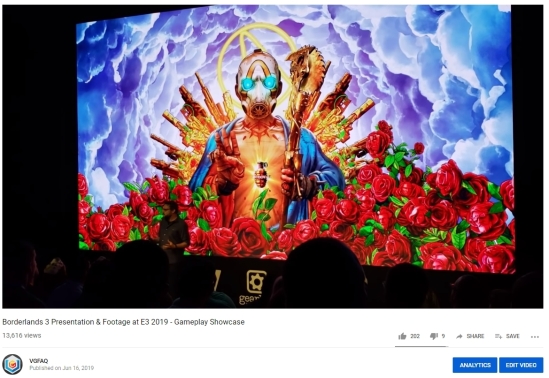 One of my videos got thirteen thousand views!

Also E3 coverage is wrapping up on VGFAQ, which means I can start transitioning into making more freeform content. Maybe I could start making the sort of list-based videos I specialized in on the SPUF of Legend. A lot of my video-making time is now streaming time; I got my first regular viewer who amazingly hasn’t missed a stream even though I never schedule them ahead of time. I’ve now made $35 dollars total, mostly in bits. It’s not much, but I’m pretty happy getting anything streaming. I vividly remember 2014 aabicus discovering Twitch and wondering if he could ever make a single dollar streaming, so I’m pretty glad to inform him that he could.

Last but not least, since I’m not updating this blog as much as I used to I encourage any hypothetical viewers to check out my Twitter since it’s finally something worth looking at. I’ve added a picture and made it look nice, and more importantly, I now tweet whenever I do anything for any of the zillion projects I work for. It’s the best place to keep abreast of whatever I’m doing in real time.